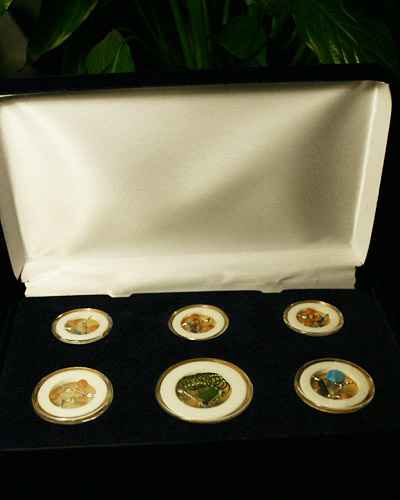 "Your CQR bank array is set up to respond with a bang, not a whimper. Each of the components is turned to tune it with the others in the matrix. Do not remove or turn the components in any way."

Unlike optical telescopes which use a single lens, radio telescopes detect radio waves or whispers of sound from outer space. The Very Large Array is actually not a single telescope, but a team of 27 telescopes working in tandem. Each one weighs 230 tons and measures 82 feet in diameter, roughly the size of a baseball diamond. They are lined up in a "Y" formation, 22 miles across with 9 telescopes to an arm. Together they paint a picture of the heavens, using radio waves as their palette.

Most objects in space emit or reflect electromagnetic radiation. This includes things like gamma rays, X rays, visible light, microwaves and radio waves. Using a parabolic receiver, a single radio telescope scoops up faint radio waves, redirects them to a central antenna, amplifies the signal and produces an image.

The Very Large Array goes one step further. Using a technique called interferometry, astronomers are able to make several telescopes act with the power of one giant telescope. Working together the telescopes equal an antenna 22 miles wide.

Other arrays are being planned to be placed in Earth's orbit at several points to make a telescope that is effectively 200 million miles in diameter.

Just making something bigger doesn't always make it stronger or better. Sometimes a compound effect from many small things makes a much bigger effect than you'd expect. A colony of ants demonstrates this effect clearly.

Compound effects are important, just as are resonance and oscillation. The net result of a multiple component system is that it typically obtains a much higher effect than a singlular component, simply because it can have the effect of being much, much larger than any single component.

Another point is that you can only magnify the effect of a crystal radio so much, and no more. Adding technology makes it no longer a crystal radio with its very important effects. Heterodyne and SuperHets are not crystal radios, and don't have anything like the same effect. Even more so in the case of tube, transistor and digital radios.

Most of the enhancements in crystal radio technology have to do with sensitivity and reproduction issues, such as speakers, headsets, etc. Sensitivity can be achieved merely by locking down a single frequency, which is what I've done with this model.

Power comes in a different form than would be looked-for by the average electrical engineer or theoretical physicist. The radio waves carry their own power, and that's what we rely upon.

Each one of the CQR units is operating both independently and collectively; the combined effect is what we want, not the individual effect.

It works pretty much the same way that a fly's eye works; many cells connect together and create a blended "average", in more or less the same way that statistics work in general, to produce a clearer image from many sources of information gathered, compared and smoothed-out to make a very highly detailed whole.

Your CQR bank array is set up to respond with a bang, not a whimper. Each of the components is turned to tune it with the others in the matrix. Do not remove or turn the components in any way.

To operate the CQR bank, merely open the lid. Close the lid when you want to reduce the effect.