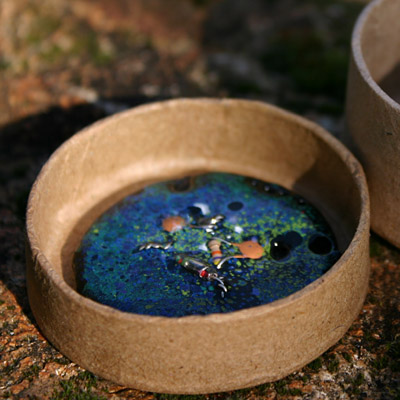 The Sleep Generator will help with those nights when, who knows why but you're feeling restless, anxious and just can't pass over into dreamland. You will feel the calming effects of this magical little box and within a very short time you will be far away from any daily concerns and into a deep restful and peaceful healing sleep.

If you're feeling unsafe, unsecure, apprehensive, jangled, "tired and wired", the Sleep Generator could be beneficial to you.

This CQR - Crystal Quantum Radio™ is tuned to the Schumann Harmonic, the World-Sound made by radio waves emanating from the stars and the explosive force of the Big Bang at the moment of Creation. Never needs batteries or recharging, this Quantum Device is powered directly by radio waves from outer space.

What People are Saying ...

"The sleep generator is very curious. Something unusual seems to be going on. It seems to give off an atmosphere like a soft fresh breeze. The package was delivered early, so I went back to bed with the sleep generator next to me. The most refreshing nap I've had for some time!" -- A.B.

"Last night I put my alarm on but mistakenly for the pm side of the day and didn't wake up till later than I'd wanted to wake which I thought was unusual. I had put the Sleep Gen by my bed and actually noticed that my sleep had been deeper and more restful. -- S.D., Ireland

Transcription of audio from the video.

There's a large flat, very powerful magnet. I use two silver coins. They have to be silver. Solid silver. It doesn't work if they're not. I then have this wax which is a special wax that has millions of particles of magnetic meteorite in it. Little filings like iron filings, but magnetic meteorite filings.

So this little whammo package here is called the Sleep Generator, or the Sleep Gen. And the Sleep Gen is intended to . here's the premise behind the Sleep Gen. All other things being equal, if you're hurting, you're in pain, of course you won't be able to sleep. I'm not sure if this is good for that, but if you're feeling unsafe, unsure, you're feeling apprehensive, if you're feeling a little bit nervous, or you're kind of jangled from the day's interactions, and that kind of thing. In other words, you're tired and wired is what we used to say in the music trade. After a gig, you get home and you're so exhausted, you can barely move. So, you want to watch some TV or something like that. Or maybe you go out to a club, an after-hours club, after you've gigged, you go out for 2 or 3 hours, hanging out in a club and let somebody else play for a while. Just anything to get rid of that jangle. So if you're jangled, nervous, twitchy, anxious, your brain is buzzing and so forth. In that case, the Sleep Gen can work for you.